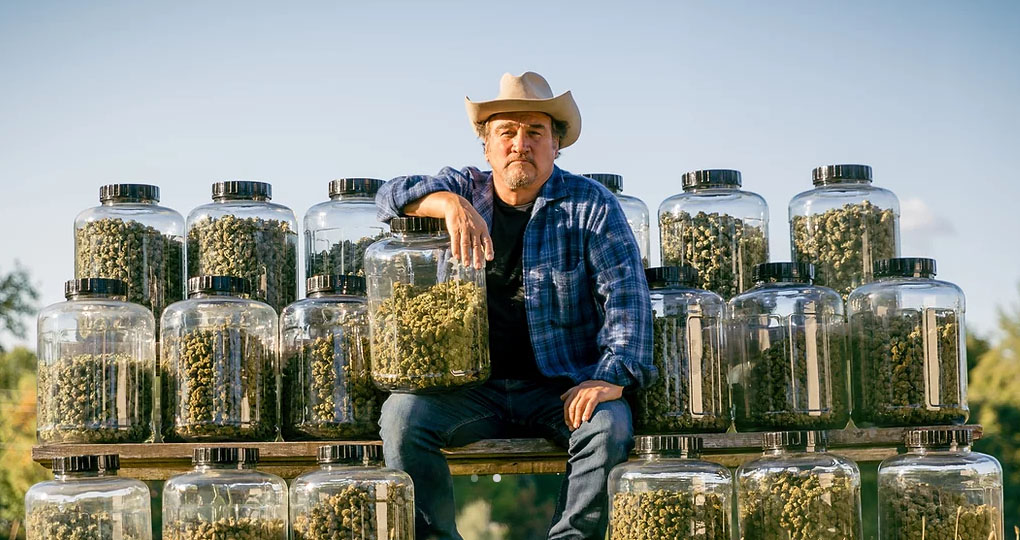 Jim Belushi’s grow operation, Belushi’s Farm, covers 93 acres in the Southern Oregon town of Eagle Point. It’s a place he’s grown very fond of and where spends around 10 days of each month.

Jim Belushi is eager for you to see how his career has gone to pot.

The actor, Blues Brother and TV veteran (ABC’s “According to Jim”) stars in “Growing Belushi,” a three-part Discovery series taking viewers inside the legal cannabis business he runs from his southern Oregon spread, Belushi’s Farm. It premieres Wednesday at 10 p.m.

“Once you engage with this plant, it kind of leads you where you want to go,” says Belushi, 66, who brought the now-93-acre farm on the Rogue River just as marijuana was being legalized in Oregon. “I was like, ‘Wow, new agriculture, let’s do that,’” he says. “And it started me on that path.

“It’s taken me to a whole different level.”

Belushi says he’s “a boots-on-the-ground guy” and regularly visits marijuana dispensaries. His business philosophy changed, he says, when he encountered an Iraq War vet on one of those visits. 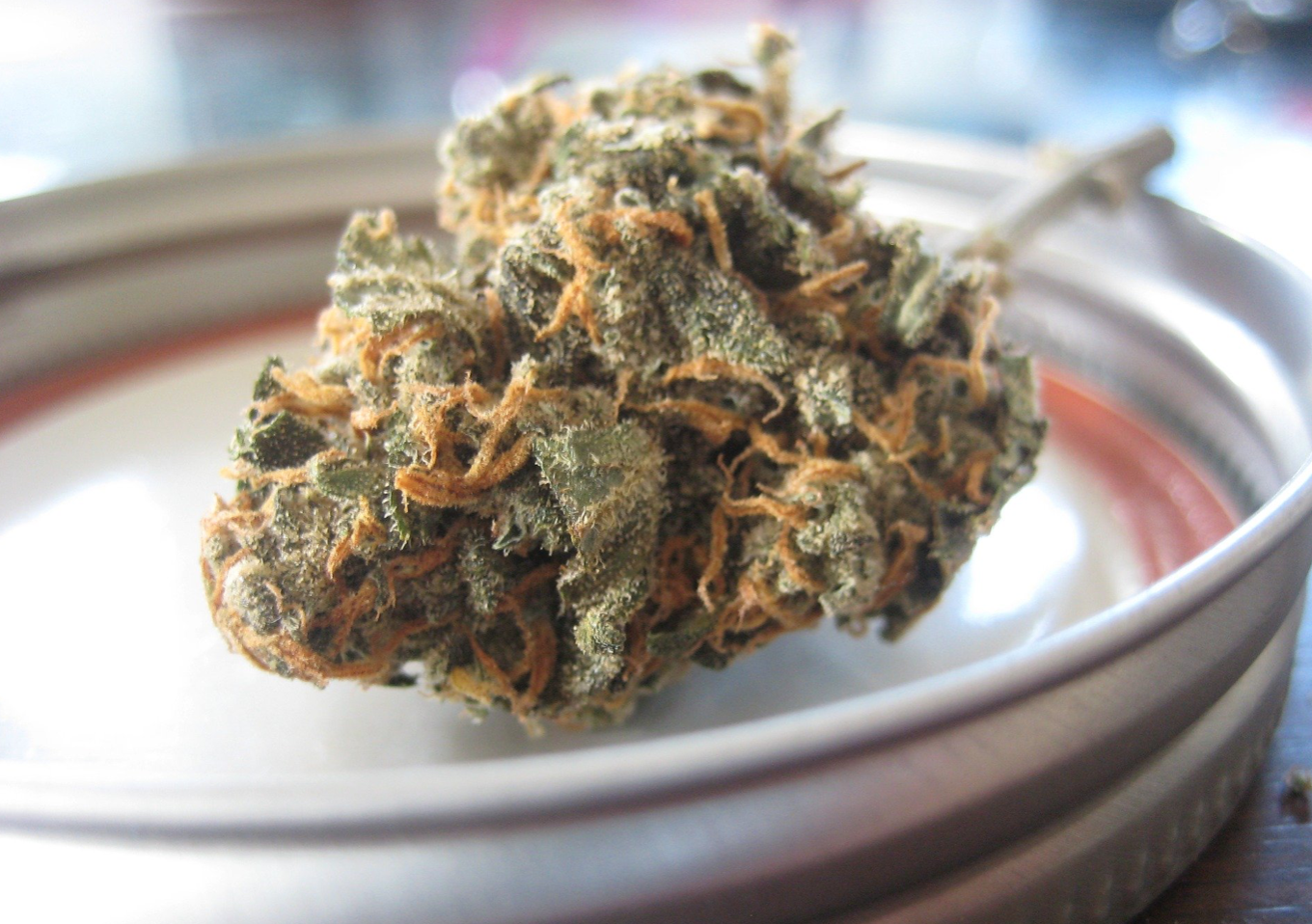 LegalReader has posted the top Best 3 Cannabis Strains of 2020.  Their first pick being Cookies Gelato.

Because of the combination of sweet impressions of Girl Scout Cookies and Gelato, the suitably named Cookies Gelato earned the first spot. Besides acquiring a sweet flavor from its parent strains, it has a considerable amount of THC; around 28%, to be accurate. Obviously, this probably won’t be for you in case you’re a beginner at smoking. However, those that are part of the game longer will have a life-changing time with this extravagance treat.

The other 2 strains of choice were Godfather OG and Royal Gorilla.

It’s essential to pick the right cannabis strain as cannabis marketing is just getting better nowadays and we are always a target of various ads. These strains mentioned above are just three of many that exist out there. It is crucial to consider that these are really strong, so make sure they are for you before using them. It might not be a good idea for someone that has just started to smoke or has never smoked before.

Although Apothecary Genetics does not carry the fusion of Cookies Gelato, you can still purchase the seeds for GMO Cookies and Gelato separately! 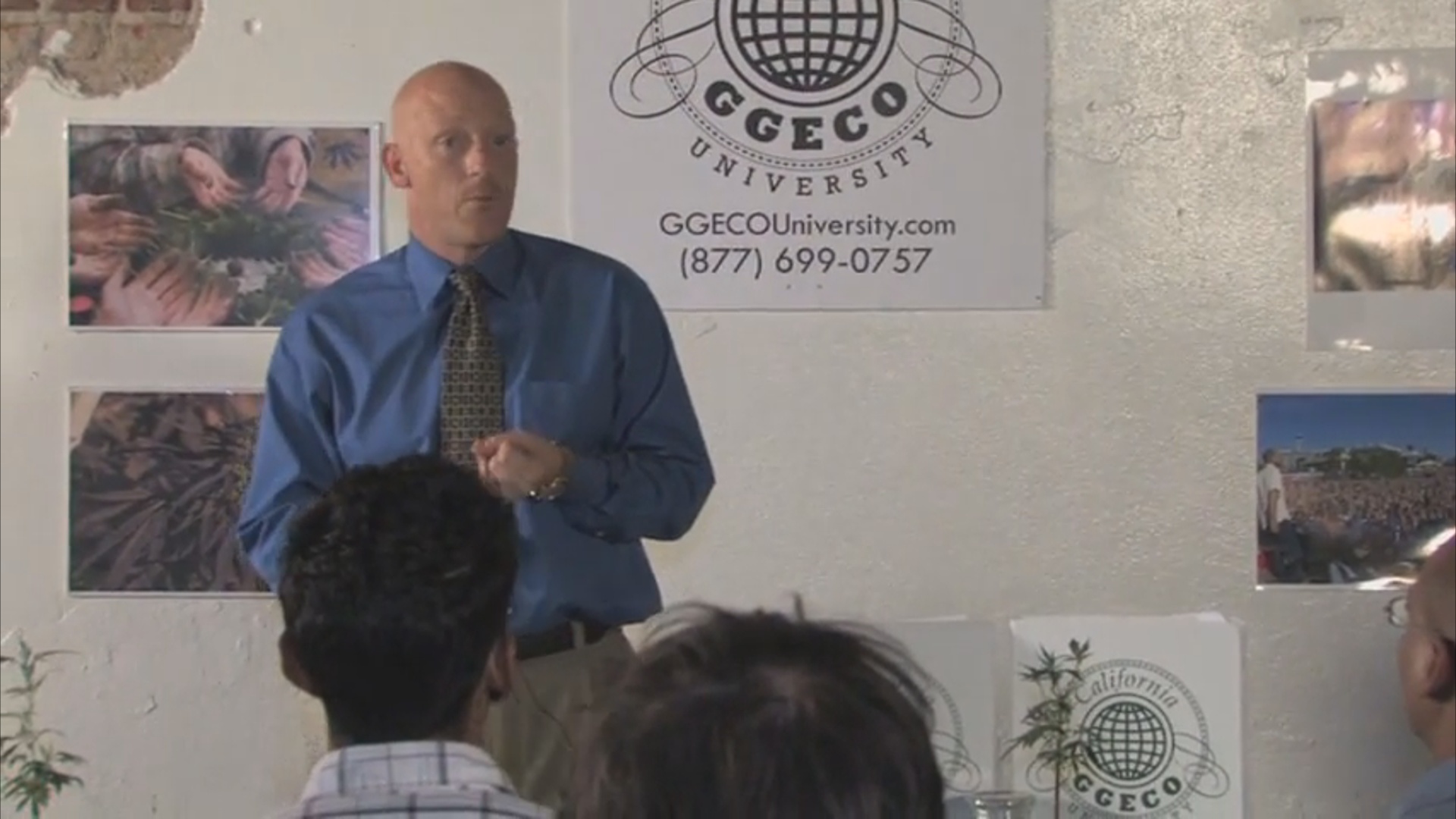 From the Kevin Booth Film, “How Weed Won The West” 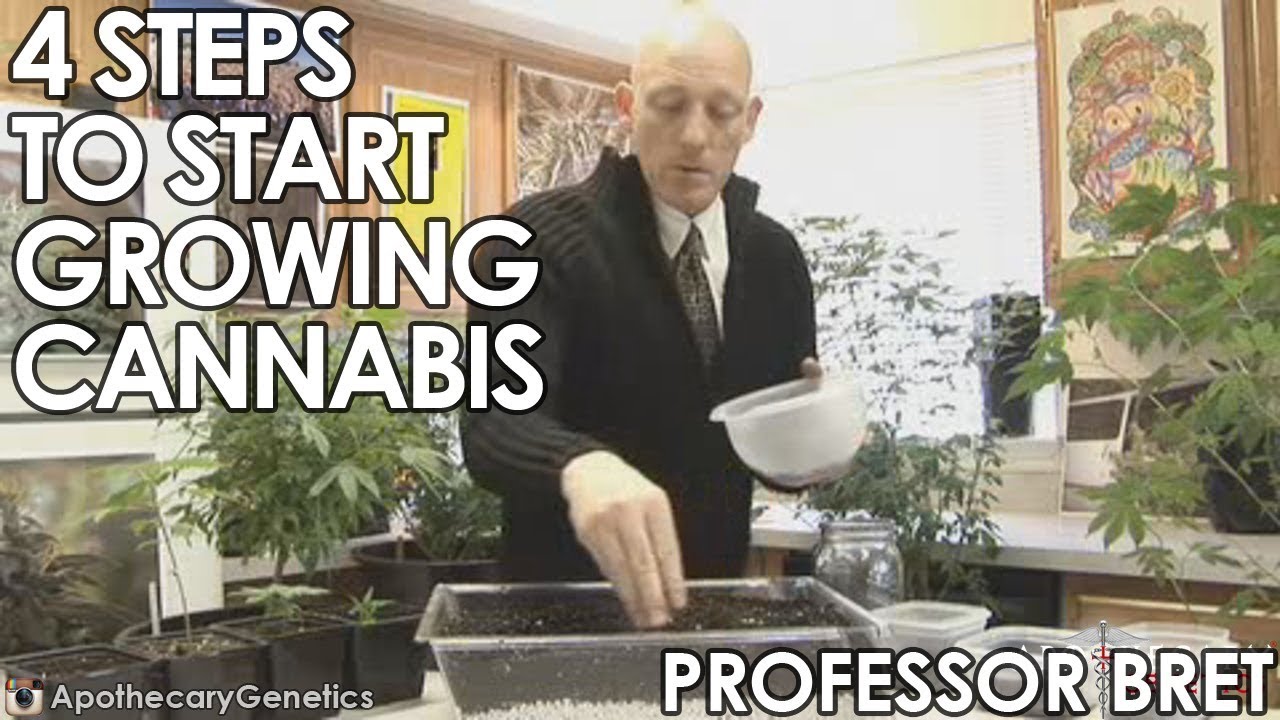 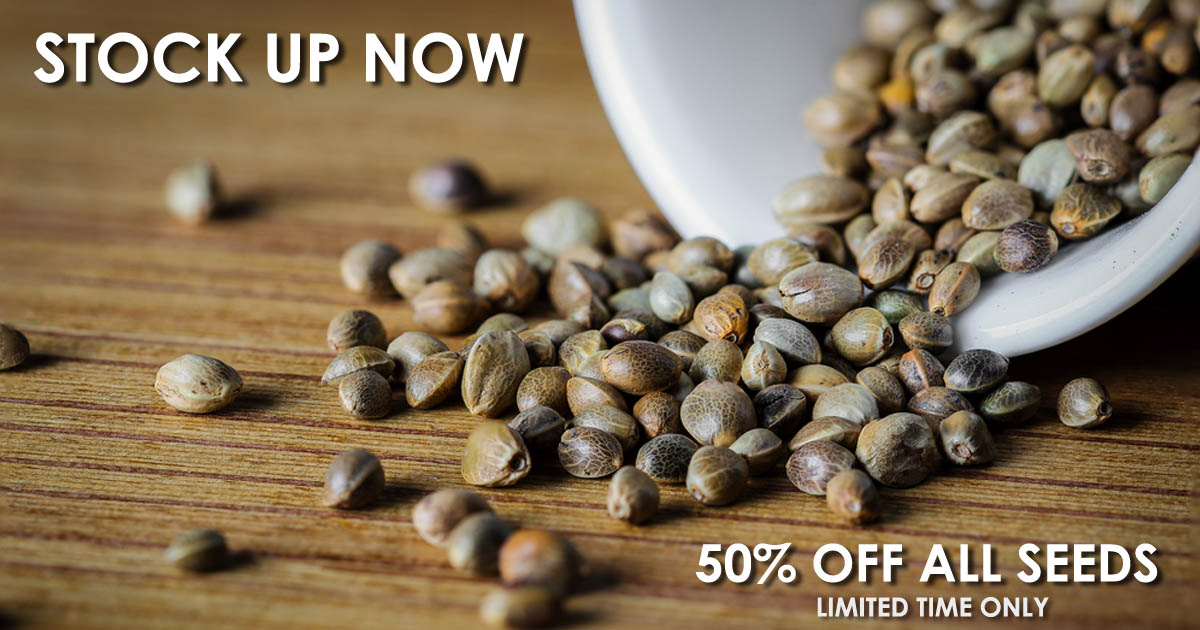 The following strains are currently in stock:
(Updated June 2nd, 2020) 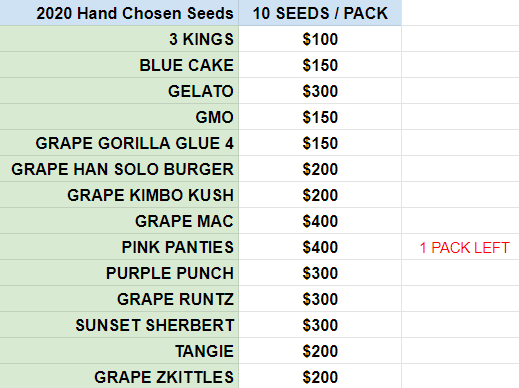 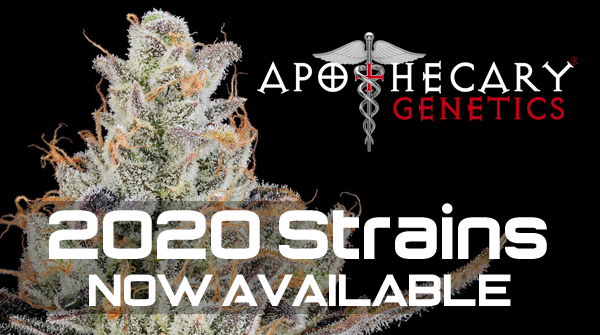 The Grape Ape strain is still in the works and will be available in 2020!   Apothecary Genetics is planning a grand announcement when it is ready.

In the mean time, the rest of the catalog is ready now for orders.

Please note:  Not all strains may be in stock.  Fill out the contact form if you have questions or if you’d like to place an order. 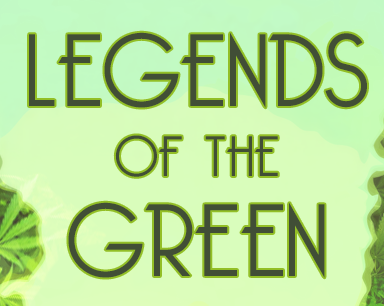 Bret Joins Legends of the Green – The Masters’ Tour

May 2nd, 2019 Posted by Apothecary Genetics News 0 thoughts on “Bret Joins Legends of the Green – The Masters’ Tour”

Legends of the Green – The Masters’ Tour is happy to make our first national stop in Michigan to present a 2 Day Educational Seminar on May 11 and 12th at Vehicle City Social.Gain direct insight to knowledge from industry pioneers such as:

Danny Danko:
Writer, photographer and Senior Cultivation Editor of High Times magazine. He has personally selected HIGH TIMES’ annual Top 10 Strains of the Year since 2005 and is also the creator and founder of the HIGH TIMES Seed Bank Hall of Fame, author of The Official High Times Field Guide to Marijuana Strains and the forthcoming book Cannabis: A Beginner’s Guide to Growing Marijuana. He hosts the podcast High Times presents “Free Weed from Danny Danko”.

Bret Bogue:
Known as the “King of Kush”, Bret Bogue is the founder of Apothecary Genetics based in NorCal. Focusing on high CBDs, CBNs, CBGs, & CBC strains, Apothecary Genetics has recently formed our 2 new divisions, Green Buffalo & Imperial Investments. Green Buffalo was formed specifically to work in the biomass, crude, distillate, isolate and wholesale market of the hemp and cannabis industry. Imperial Investments will focus on the banking futures and reinsurance of the international hemp and cannabis businesses allowing for a closed loop transparent ecosystem for the hemp and cannabis industry to bank and insure worldwide.

DJ Short:
Also known as the Willy Wonka of Pot, the Wizard of Weed, and the Cannabis Professor – all of the above terms do DJ Short justice. A Detroit native, but currently operating out of Oregon, Daniel John “D.J.” Short has been practicing his magical marijuana alchemy since 1978. Since then, he has crafted many popular cannabis strains, the most iconic being Blueberry.Adam Scott Green:As a Michigan native, Adam Scott Green has been cultivating for nearly two decades. Known for his breeding and cultivation skills, Adam has been able to tailor his craft to produce some of the most unique genetics available in Michigan currently.

Come meet these industry vets and enjoy live music and entertainment at night. Performers and guest appearances will be released shortly.

LEGENDS of the GREEN – Itinerary

6-7pm – hour off of program. Only full day ticketed members can stay throughout the break time.

6-7pm – hour off of program. Only full day ticketed members can stay throughout the break time.

7pm-12am This will be a Cannabis Community Networking Event and Smoke Session with entertainment acts to be released throughout the weeks leading up to the show.

Tags: bret bogue, legends of the green, the masters tour 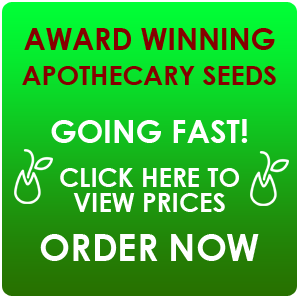 We sell our collectible seeds for souvenir purposes only, as well as for storage/preservation in case the laws change.  We cannot, and do not discuss germination, yields, THC levels of seeds, as it is illegal to germinate seeds in a variety of countries without a government-issued license.  Unfortunately, we refuse to answer e-mails if they contain questions relating to the above.   Information provided in our shop, blog, support desk, social media and forum are displayed for theoretical and educational purposes only and are often authored by third parties (i.e. our Blog), you must abide by the laws of your country, so please research them.

Information within this web site is ONLY SUITABLE for persons aged 21 years or older who have checked and are abiding by their local laws.